We were called to help out with an outstate pool that had a pesky leak causing between 1 and 2 inches of water loss per week. This pool had an auto cover which needs to be supported for the winter so it was important that the pool shell was leak free before winterizing the pool. 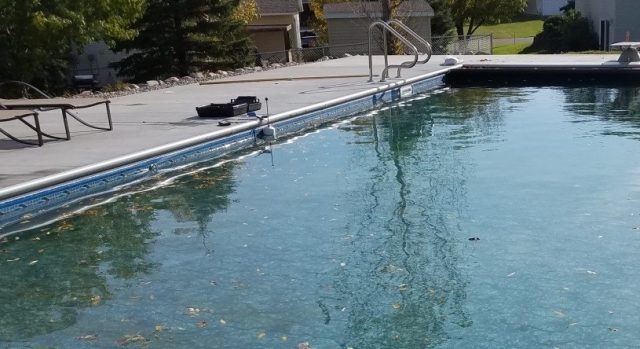 When we showed up the pool was very cold and had wrinkles everywhere, making it tough to identify suspect leak areas… the whole liner was a suspect! Once we got our initial Leakalyzer test going we immediately pulled out the LeakTrac 2400 to start scanning the liner from the deck. We quickly found a leak in the center of the pool – a place that would have taken hours and hours of cold water diving to find without the LeakTrac. The LeakTrac didn’t pick up any other leaks, so we knew the rest of the liner was good. We suited up in a dry suit and quickly patched the leak. 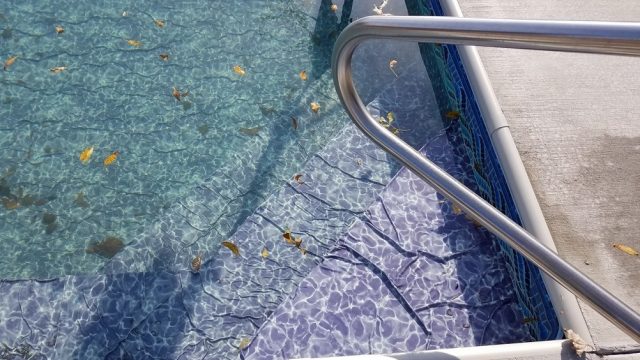 Once the leak was patched we ran a final Leakalyzer test to confirm the water loss had stopped. The pool owner was grateful for the peace of mind of going into the winter leak free with a supported auto cover.

The LeakTrac 2400 has made locating vinyl liner leaks so easy that these jobs tend to get overlooked as we are looking at case study content. As the water got colder this fall we were reminded how valuable this tool really is!

We were called to examine a new build that was losing 4” of water per day. It hadn’t been leaking for the first four days that it was filled but recently started rapidly losing water. When we arrived to the pool the water level was down below the skimmers, but the skimmer bowls were still full of water – indicating that those lines were not leaking. 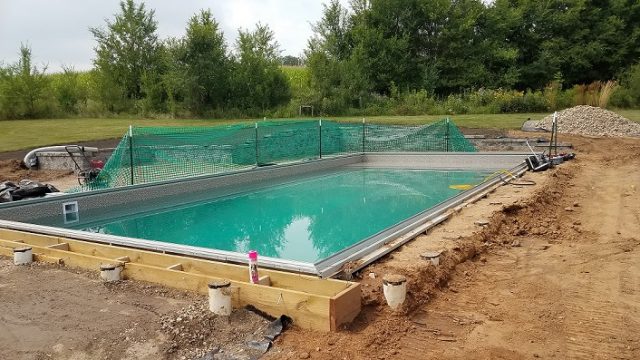 Suspecting that the problem was in a plumbing line, we did a quick dye test of the returns and cleaner line with the dye testing cones, but they also were not drawing water. Our Leakalyzer test had been running during these initial observations, and indicated a loss of 3.5 inches per day. A quick scan with the LeakTrac showed no leaks in the liner, so it was time to dive down to the main drain. A dye test with the dye testing cones showed that line was the source of our water loss.

We then plugged the main drain lines while we were diving and ran a pressure test from the equipment back to the pool. The water pressure test confirmed the line was leaking, so we then started inducing air for sonic location. It took a while for the air to reach the leak, indicating that the leak wasn’t close to the equipment where the air was being induced. So, we used a hydrophone attached to our XLT30H listening device to start listening along the main drain lines where they ran close to the shell of the pool. We could hear the loud bubbling/gurgling noise of air escaping into water saturated soil near the base of the wall in the middle of the deep end.

Since the main drains were plugged we ran another Leakalyzer test to verify that the rest of the pool shell was not losing water and the main drain line was the only issue. 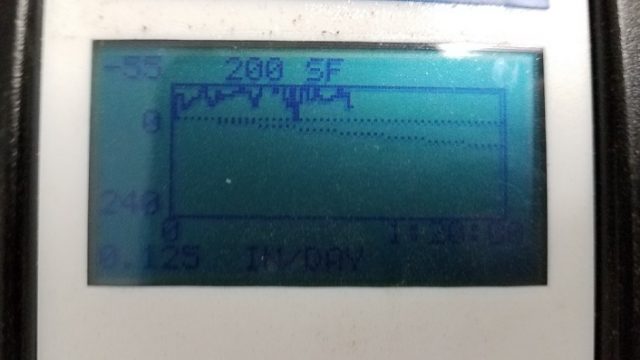 A main drain leak at the base of the wall is not a repair anyone wants to make, so to verify the sonic leak location we used a tube level. We attached a clear plastic tube to the end of a standard open plug in the main drain. Now, instead the leak draining water from the pool it drained the water in the tube. The tube leaked down to the level of the leak and then stopped. We colored the water in the tube with Leakmaster Fluorescent Dye to be able to clearly see the water level. The water level stopped right at the level that we had identified with the hydrophone. 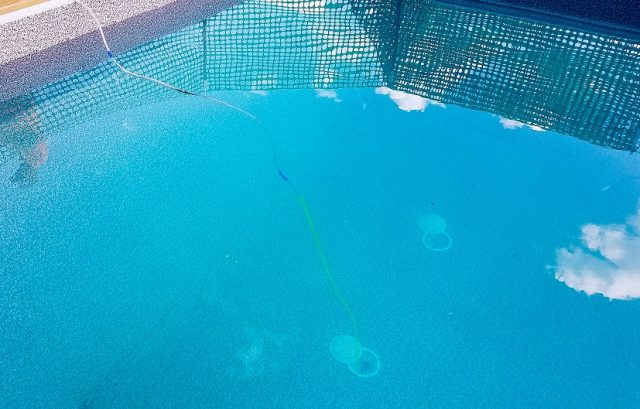 The crew dug up the leaking plumbing line and found a stake had been driven through the pipe!?! 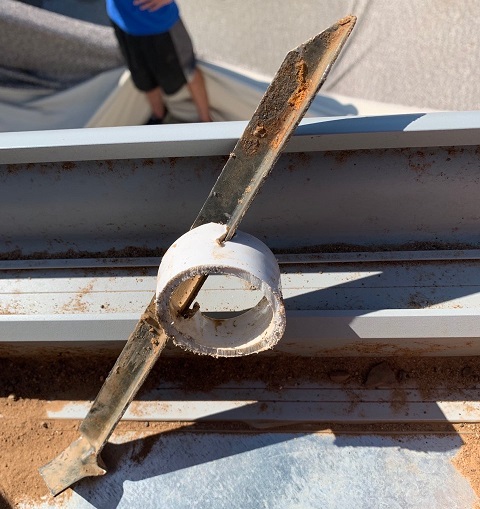