Anderson Manufacturing has been helping people find leaks for generations.

It all started in a radiator repair shop in Austin, MN 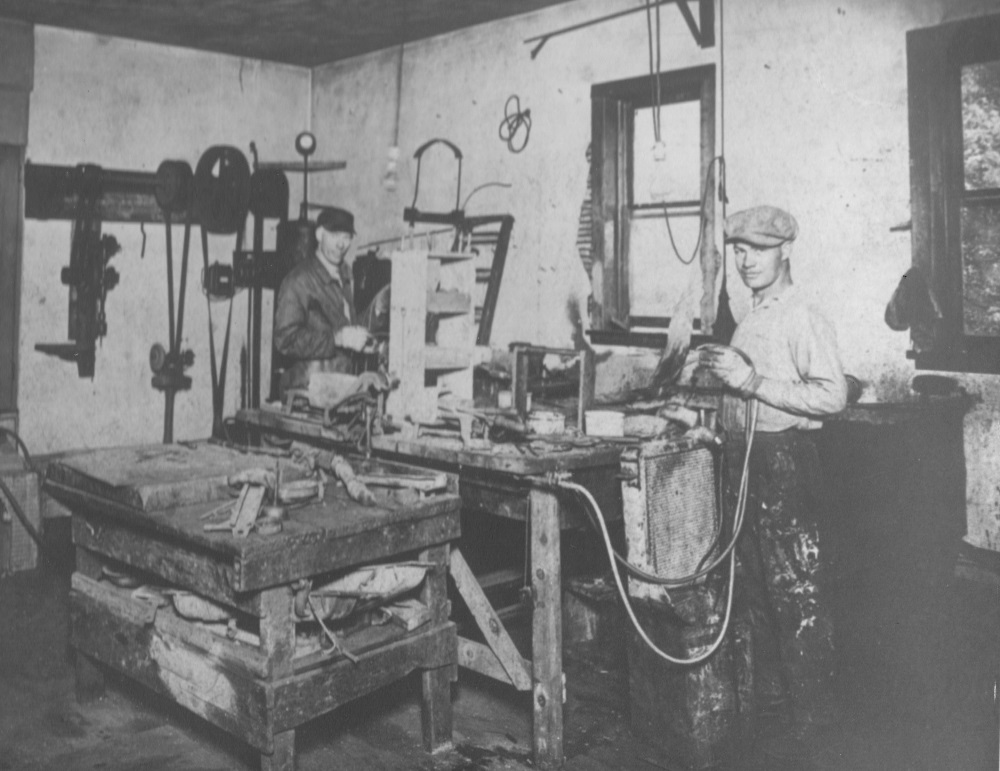 In the late 1940’s Francis Anderson, the son of Swedish immigrants with only a 4th grade education opened up a small radiator repair shop in Austin, Minnesota.

This resourceful entrepreneur who was dedicated to living by one of his many catchy mottos: “if it’s hard you’re doing it wrong!” soon invented rubber expansion plugs to make the leak testing process in radiators easier.

These plugs were eventually sold all over the country.  The plug and supply section of the business  in fact became a small entity of its own, which continued operations as a “hobby” business in the basement of Francis’s son Dale after Francis’s death.  Although small, the business generated enough income to pay the college expenses of a 3rd generation of Andersons who spent their weekends and evenings assembling and shipping the plugs to radiator shops around the country. 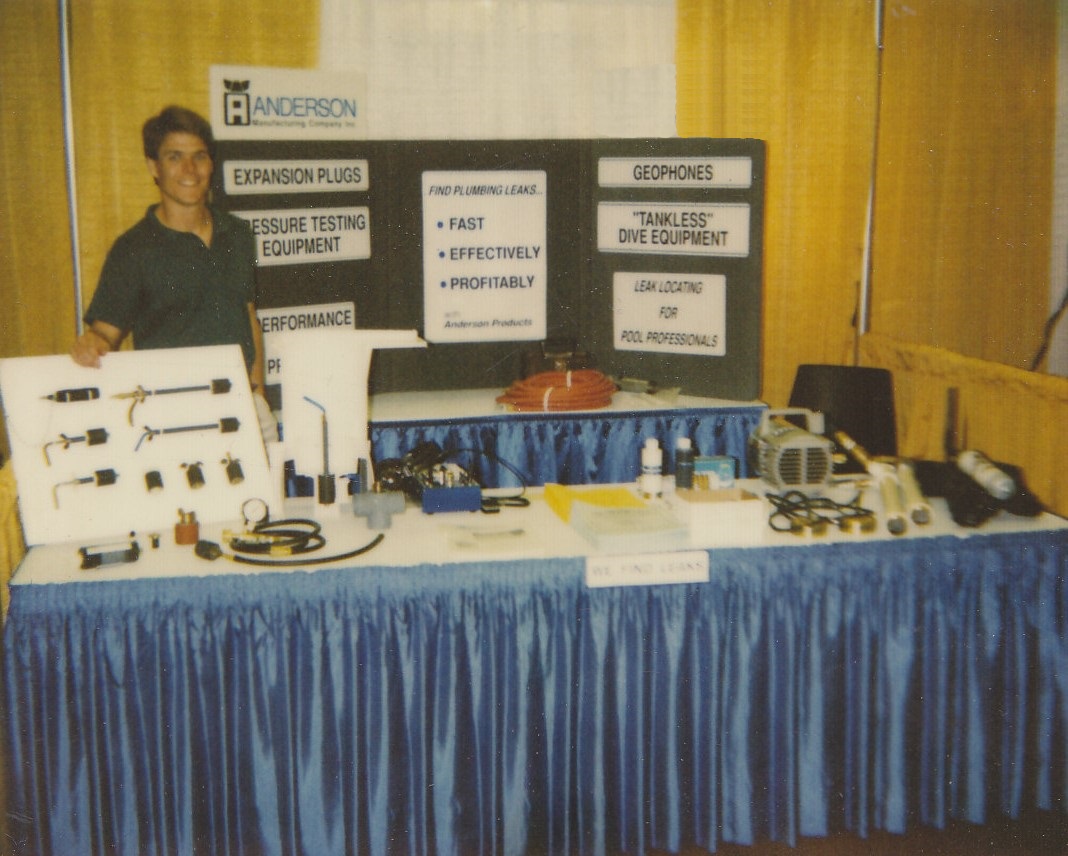 Lance at one of his first tradeshows.

In the mid 1980’s changes to radiator construction and the advent of replacement radiators cut deeply into plug sales.  Having recently graduated from college, Dale’s eldest son Lance spent some time attempting revive the declining sales in preparation for selling the company and getting on with a “real career.”  Lance discovered that several pool companies around the country were actually buying plugs from their local radiator shops to use for pressure testing swimming pool plumbing.   By listening to these pioneers, Lance determined that there was an unmet need for both professional quality tools and information on how to more efficiently and effectively solve the pool industry’s difficult task of finding and fixing leaks.  What started as a temporary project became a full time passion for Lance and a new mission for the company.  He became driven by the task of helping the pool professional find and fix leaks more efficiently and effectively. 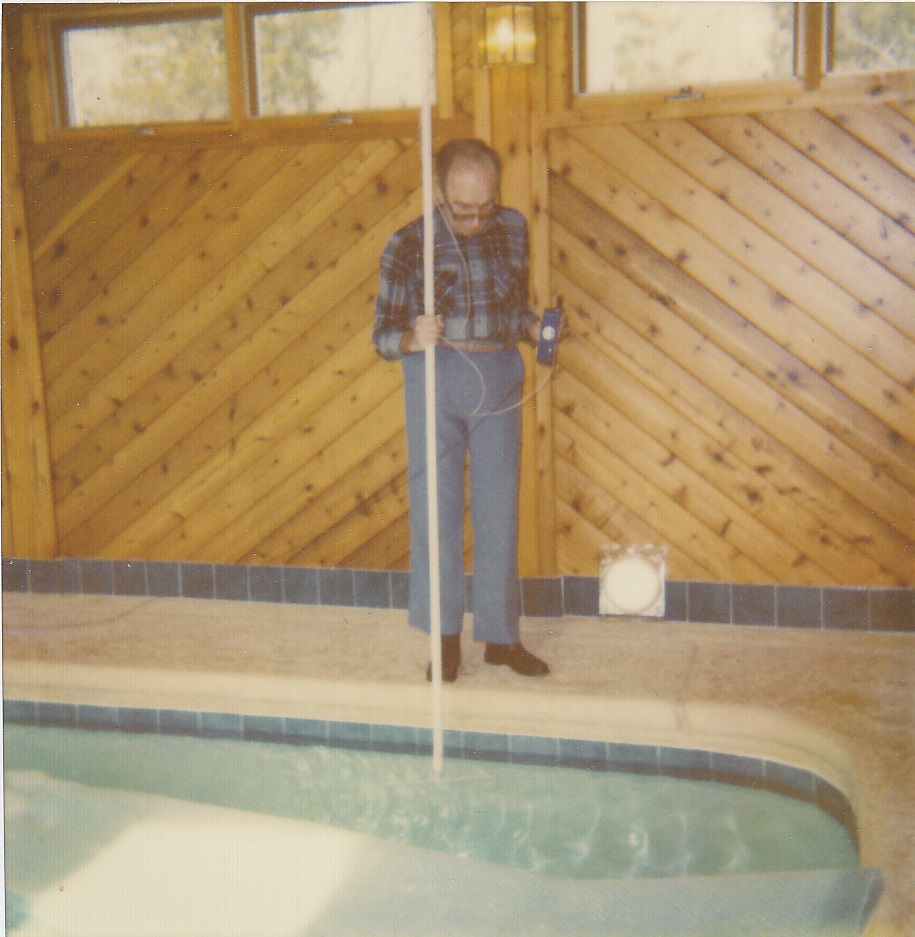 Chris Alm with an early version of the LeakTrac.

Based on input from professional technicians in the field, Lance improved the line of test plugs, facilitated access to useful products that were already available to other industries, and tapped into a network of capable engineers to expand the product line into a complete assortment of products that addresses all aspects of the leak detection process.  The introduction of the popular LeakTrac Vinyl Liner Leak Detector is one example of how this expansion happened.  In the early 1990’s Christian Alm, a retired electrical engineer, had a leak in his pool that no one seemed to be able to find.  Using his knowledge of electronics and a few components from the local Radio Shack store he developed a rough instrument that he used to find his leak.  A friend of his that recognized the potential value of his invention contacted Lance.  Anderson Manufacturing Company worked with Chris and other engineers to refine the idea into a sellable product, which generated royalty income for Chris throughout his retirement.


A history of solving problems 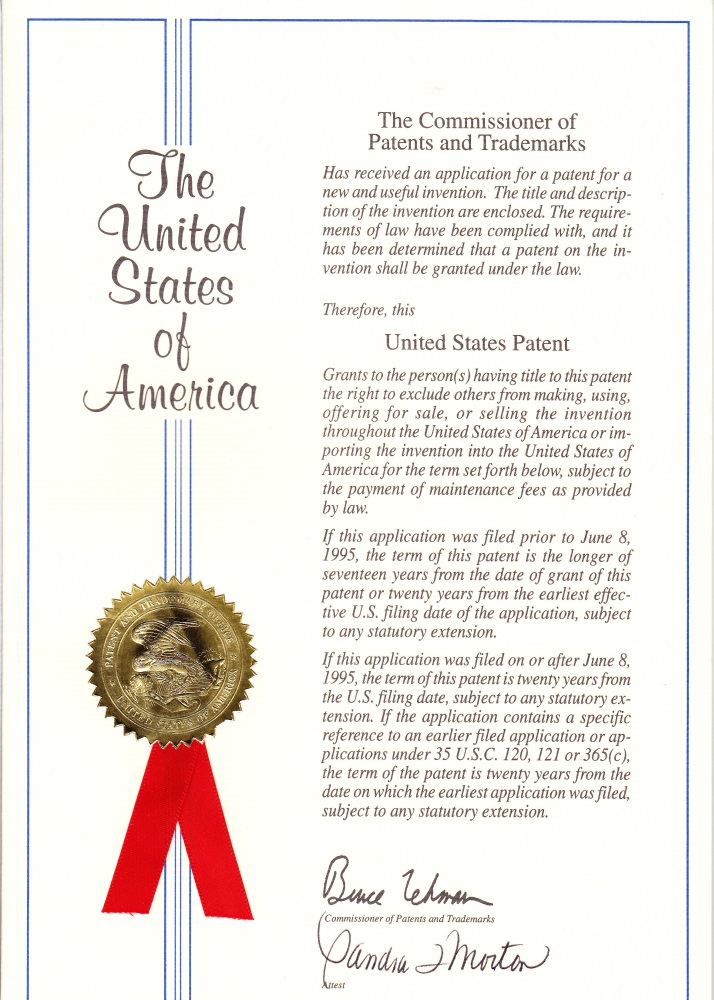 Key to our constant but manageable growth through innovation and service have been the contributions of long-term partners Tony Janski (since 1987), Bill Kramer (since 1999), and Luis Garzon (since 2006). Our sole purpose is to serve the pool professional as a resource of not just products but information, knowledge, and advice. Ask those who have been in the industry for a while, We're sure you'll find that we are recognized as a critical contributor to the sucess of leak detectors worldwide.

All of us are called to make lives better . . . for ourselves and for those we transact with.  Our work is the way we do this.  Whether you are self-employed or the member of a business team we hope that we can serve you in a way that helps you deliver value to your customers, earn a sustaining income for yourself, and create a personal history of “problems solved.”